AMAYADORI
I sought for this small architecture to exceed the boundaries of a public toilet to become a “place” in the urban landscape that provides immense public value. Using this clear and simple reasoning for the concept of this structure, I chose to utilize a circle floorplan with a spanning roof and engawa. It was vital for me to make a space that was comfortable and safe. Visitors can move inside a cylindrical wall of vertical louvers to feel the comfort of the wind and light from the surrounding environment. A feeling of safety will be emphasized by the free and centripetal circulation which passes through to the other side. This toilet tucked away in the greenery that is Jingu-Dori Park will be known as “Amayadori.” 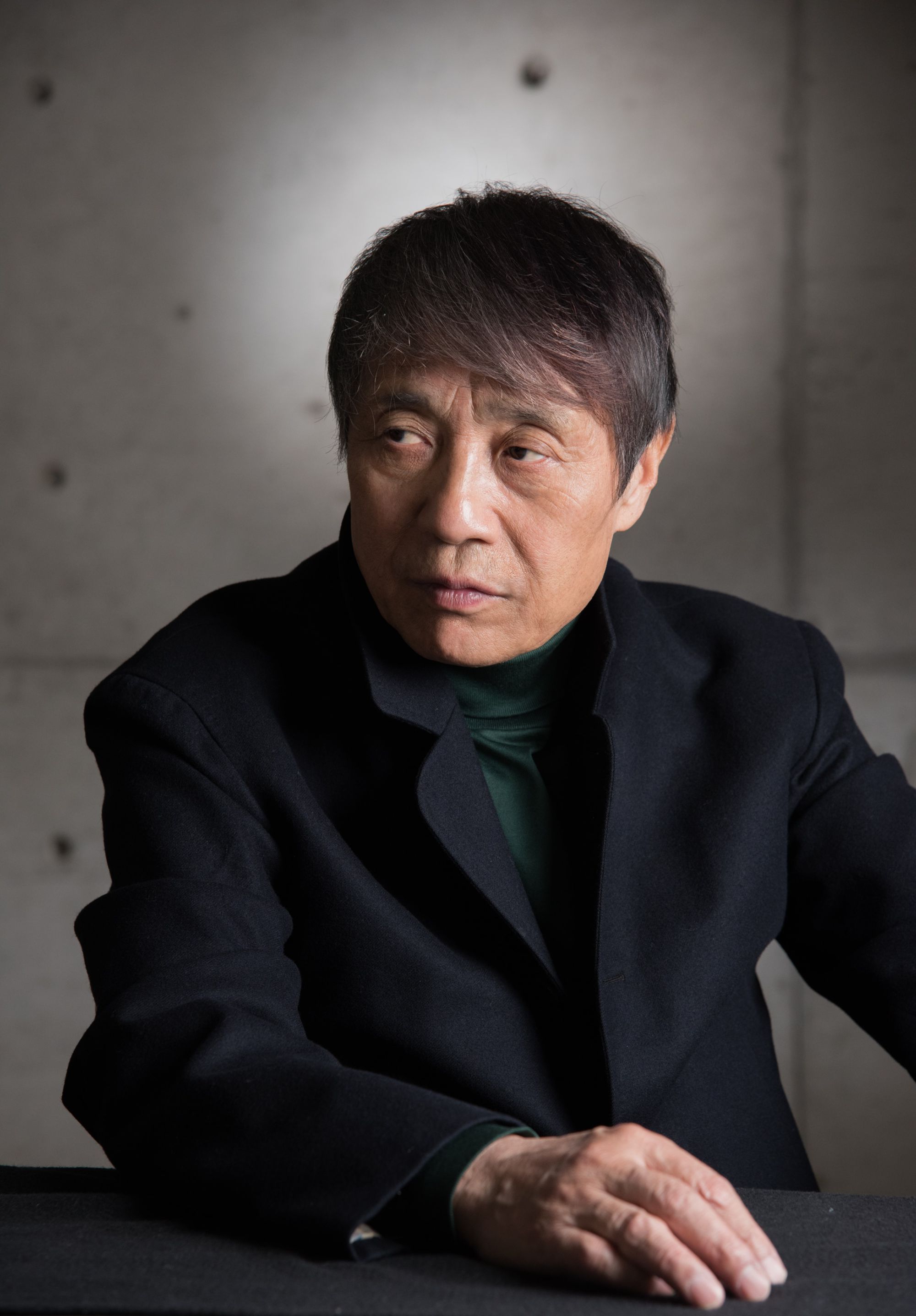 Born 1941 in Osaka, Japan. Self-taught in architecture. Established Tadao Ando Architect & Associates in 1969. Major works include the Church of the Light, Pulitzer Arts Foundation, and Chichu Art Museum. Awarded the Architectural Institute of Japan (AIJ) Prize for the Row House, Sumiyoshi in 1979, Japan Art Academy Prize in 1993, Pritzker Architecture Prize in 1995, Person of Cultural Merit (Japan) in 2003, International Union of Architects (UIA) Gold Medal in 2005, John F. Kennedy Center Gold Medal in the Arts in 2010, Goto Shimpei Award in 2010, The Order of Culture (Japan) in 2010, Commander of the Order of Arts and Letters (France) in 2013, Grand Officer of the Order of the Star of Italy (Italy) in 2015, and Isamu Noguchi Award in 2016. Held solo exhibitions at the Museum of Modern Art (MoMA) in 1991 and Centre Pompidou in 1993 and 2018. Taught as a visiting professor at Yale University, Columbia University, and Harvard University. Professor at the University of Tokyo from 1997. Professor emeritus of the University of Tokyo since 2003.